Are you considering downsizing your PC? Building a small form factor PC from scratch? We'll show you how to select the best components.

The benefits of owning a small form factor PC (like the REVOLT 3) are numerous. On top of just looking slick, they allow you more desk space, and moving a smaller PC around is much easier. These upsides go a long way in the right circumstance—if your desk space is already limited (dorm rooms and studio apartments, anyone?), and if you often visit LAN tournaments or parties, a smaller PC is a godsend.

If you’re ready to pull the trigger and build a small form factor computer, let us help you on your journey by suggesting the best components to look for when getting ready to assemble. 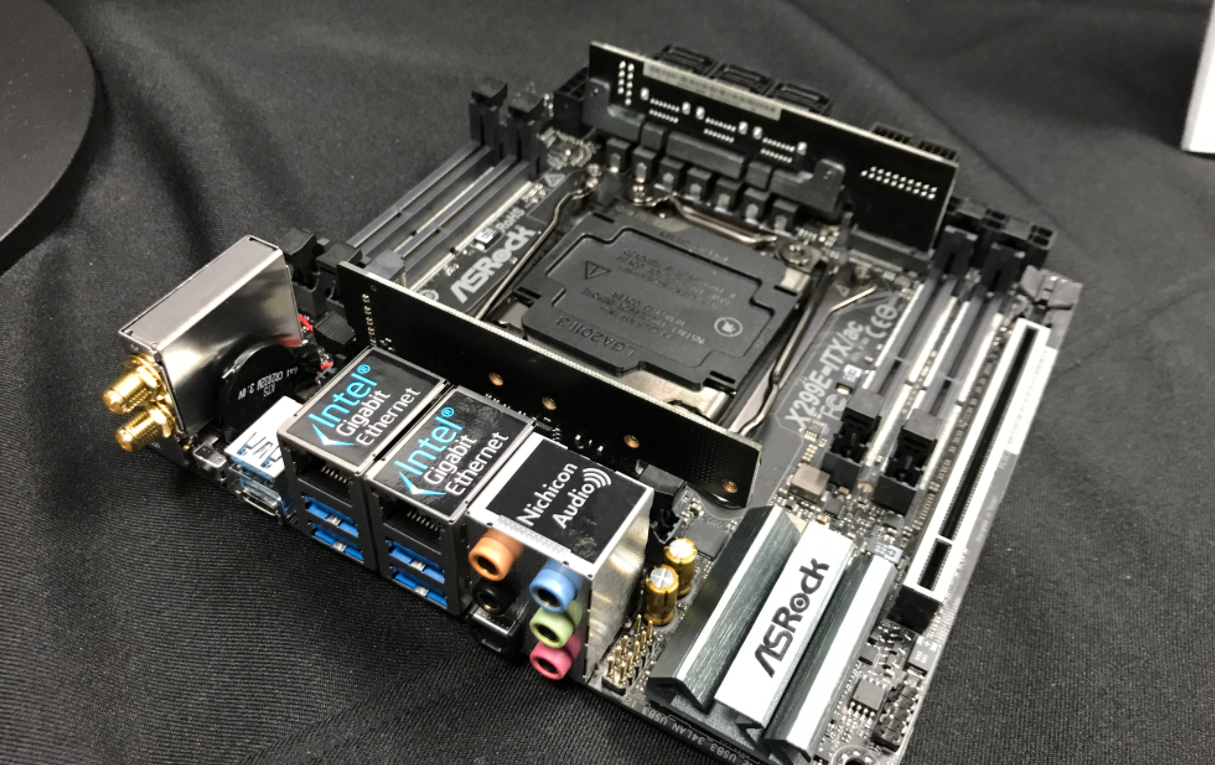 Your motherboard is simultaneously the backbone and nervous system of your computer. It holds all of your components securely in place, and it also sends power, heat, and signals to exactly where they need to be at exactly the right time. That being said, it’s an important component to consider, and there’s a specific type of motherboard you’ll want if you’re building tiny—the mini-ITX.

The most common small form factor motherboard is the mini-ITX. It’s about half the size of a full size ATX motherboard (the most common type of motherboard), and therefore might come with a smaller amount of inputs and PCI slots. When shopping for one, make sure you find one that can support all of the gear you need. If you need one that’s slightly bigger, but not as big as a full ATX, you can shop for a Micro-ATX, which is only slightly smaller than a full, but might come with the extra inputs you need.

Be warned: Mini-ITX boards are more common, and so you might have an easier time shopping for components that are compatible with one than a micro ATX, but don’t let that dissuade you from shopping for what you need.

There are a couple of other, even smaller motherboard types out there, such as the nano-ITX and pico-ITX. These, in general, are much harder to shop for, though. You might have trouble finding cases, in particular, that are compatible with one of these teeny tiny motherboards, so just keep that in mind. 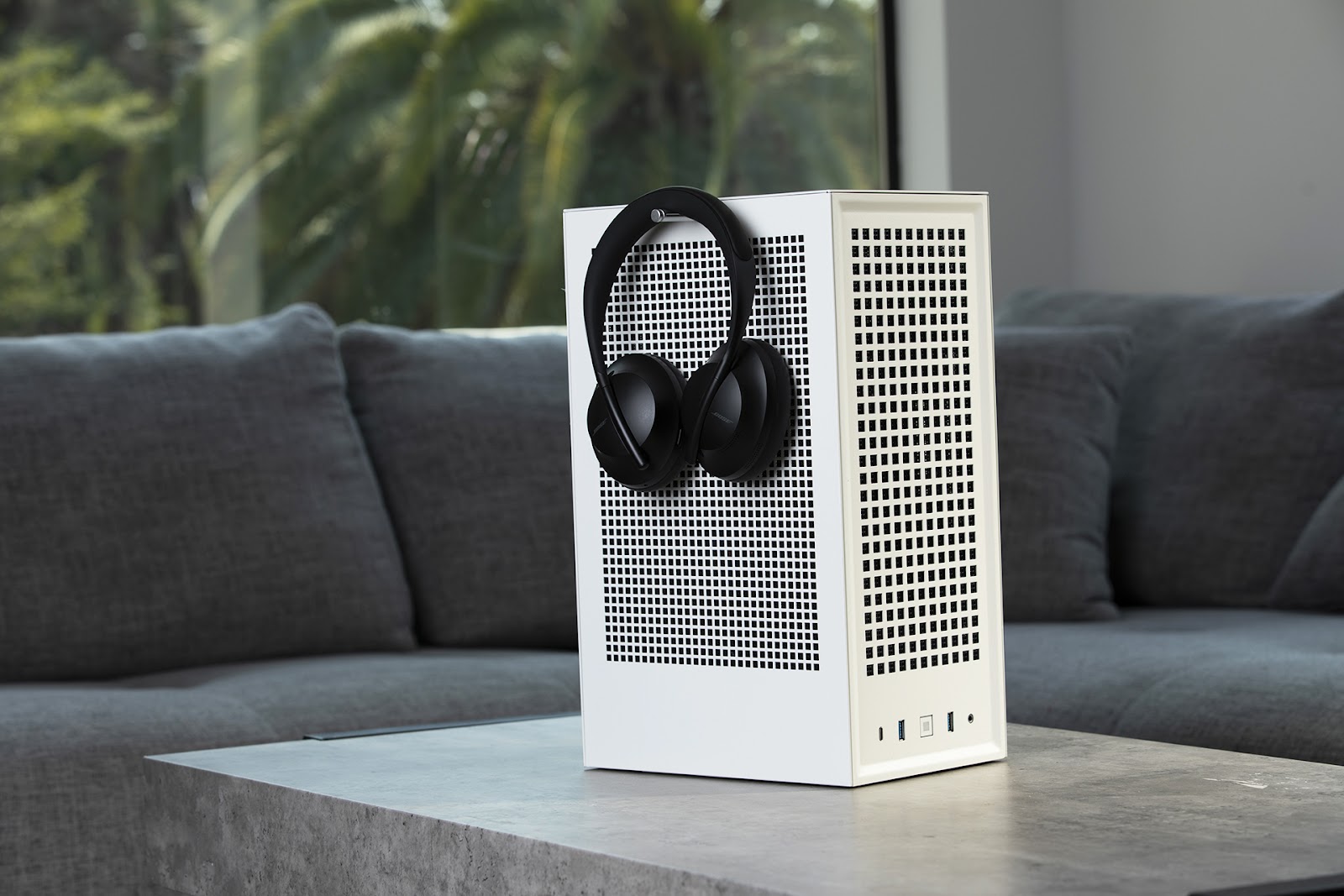 If you’re familiar with PCs, you’re probably most familiar with two types of cases: the mid tower, and the full tower. Most cases come in these types, but they’re pretty chunky, especially if you’re deliberately building for a smaller desk footprint. The two towers you’re going to want to consider are the mini tower and the slim line tower.

The mini tower is the most common type of small form factor case, and thus, you’ll have the easiest time shopping for one of these. Typically, a mini tower ranges from 12 inches to 18 inches, or just over a foot in height. While this is awesome to think about if you’re trying to save space, keep in mind that with any smaller case, you’ll need to be very careful when managing your cables and inputs to make sure you can fit what you need to inside.

The slim line tower is less common in DIY PC building, but more common when buying prebuilt machines. Many major manufacturers sell slim line desktops already completed, but they usually aren’t very good for heavy lifting tasks, such as gaming or high-end photo processing. Slim lines usually run a bit taller than mini towers, but they can be laid on their side more easily, so there’s a tradeoff.

Graphics cards, in general, will be compatible with any mini-ITX motherboard you buy, given that it has an open PCI slot to match. What you might want to be picky about, is strictly the size of the card itself - the REVOLT 3 can handle most modern GPUs, including 30 series cards, but if you're working with another case, your selections may not work.

It can be difficult, but if you can find a single fan version of the GPU you’re interested in, you’ll save on precious space inside of your tiny rig. Double fan GPUs can sometimes work, but you may have to masterfully manipulate your space to make it fit.

There are, of course, other components involved in building a PC. In general, though, the rest of a PC’s components will fit any build, small or large. We’ll run through a few useful tips involving them, though, so you know what you’re getting into.

Hopefully these tips for your component shopping help you on your journey to build a small form factor PC. Happy building!